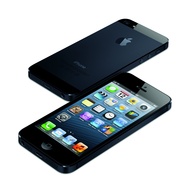 Apple said that it received over 2 million advance bookings for iPhone 5 within the first 24 hours of pre-orders. This is double the number of pre-bookings the company received for the iPhone 4S last year.

US mobile provider AT&T said it set a sales record with Apple's iPhone 5 over the weekend, making it the fastest-selling iPhone the company has ever offered. The carrier claimed on Monday that customers had ordered more iPhones from AT&T than any previous model both on its first day of pre-orders and over the weekend.

However, AT&T did not provide the exact sales figures of total iPhones sold. The company said iPhone 5 was still available for pre-order and would be available at AT&T retail stores from September 21.

On Friday, even as the day pre-orders began, Apple's initial stocks finished within a few hours and the shipping time for the device was extended to October instead of a week. And even though Apple iPhone 5 will be available in stores on September 21, a few buyers have already started lining up in front of the company's store on New York's 5th Avenue a week in advance. Technology website CNET has reported that people with heavy coats and sleeping bags were seen standing outside the retail outlet, popularly known as the Cube. Similar was the case at Apple's store on Regent Street in London to buy the iPhone 5 where some buyers have been already camping to buy the iPhone 5.

Apple is expected to sell approximately 10 million units of the iPhone 5 in September itself. Its arch rival Samsung's flagship Galaxy S III took around two months to reach the same milestone.

In August, Samsung Galaxy S III outsold Apple iPhone 4S in the US market for the first time ever in the previous quarter.


(Note: This article is for your reference and also not written by me)