Samsung Galaxy S5 - All you want to know 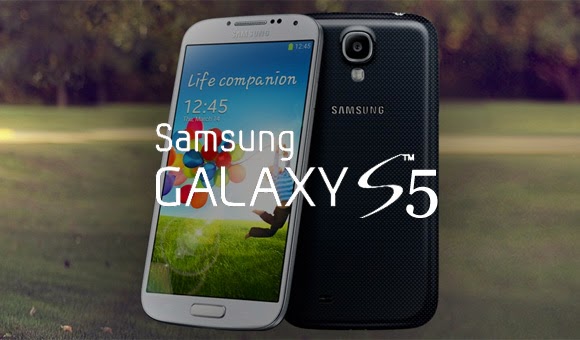 At the end of August, a rumour broke that claimed Samsung is looking to move away from using polycarbonate back covers for its phones.
According to ET News, the company has sent engineers to Vietnam to investigate the feasibility of making smartphones with aluminium and magnesium backs.
The report claimed that some figures at the Korean manufacturer are concerned that the recent introduction of a plastic-backed ‘budget’ iPhone – the iPhone 5c – could make buyers think all plastic-backed smartphones are budget devices.
Perhaps we can find a clue in the recent Samsung Galaxy Note 3 - on that handset Samsung has replaced the traditional polycarbonate with a new faux-leather, stitched rear cover.

The Samsung Galaxy S5 is set to be one of the biggest smartphone launches of 2014 – even with little known at this point what Samsung even has planned.

Samsung’s current flagship handset, the Samsung Galaxy S4 went on sale in April 2013. It came packed with a huge number of features and contributed to the opinion that Samsung, rather than Apple, is the main driver of innovation in the smartphone market today.
It also doesn’t hurt that Samsung sold an estimated 20 million Samsung Galaxy S4s within two months of it hitting shelves.
This is an article about the Samsung Galaxy S5. We’ll be rounding up all the latest news and rumours about the handset in the run up to its unveiling next year.
For other Samsung news, check out our Samsung News Hub.

Relatively little is known about the Samsung Galaxy S5’s specs. However, one thing that we do know is that it will come with a 64-bit processor.
Speaking to Korea Times, Samsung’s co-CEO Shin Jong-Kyun has promised the company will match the processor found in Apple’s new iPhone 5s.
And recently Samsung confirmed that it is working on 64-bit processors for its 2014 handsets - although the company stopped short of actually announcing which handsets they were.

Stephen Woo, president of Systems SI at Samsung electronics told CNET that the company is taking a “two-step approach” to developing 64-bit chips.

According to Woo, the firm is planning on developing a 64-bit chip based on designs from ARM. Once it has mastered that technology, it will design its own chip. It is believed it will be the latter chip that ends up in both of Samsung’s 2014 flagships smartphones.