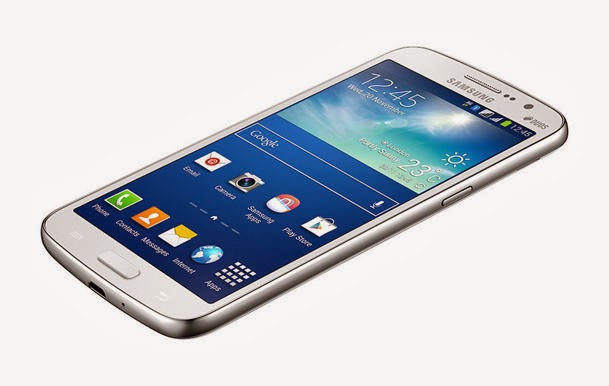 Samsung has officially launched Galaxy Grand 2 smartphone in India. It comes with a 5.25 inch HD resolution touchscreen (1280x720 pixels) and runs on Android Jelly Bean 4.3 operating system. On memory front, it has 1.5 GB RAM, 8 GB of internal memory expandable up to 64 GB using micro SD card. The device comes with a 1.2 GHz quad core processor. It has a leather-like stitched back panel, which was first introduced in Note 3.

Though Samsung has not quoted the exact price, it is said to be priced between Rs 22,900 - Rs 24,900. The device will be available in the market in the first week of January 2014. Also have a look at earlier Galaxy Grand Quattro.
Posted by iamsumit at 05:24