Tata Motors showed the Tata Megapixel concept at the Geneva Motor Show overnight - it's a four-seater range extended electric vehicle (REEV). An evolution of last year's Pixel concept, the Megapixel uses four in-wheel 10 kW motors and a 325 cc single cylinder petrol engine that generates 22 kW while charging the lithium ion phosphate battery. The result is a range of 900 km (559 miles) and an electric-only range of 87 km (54 miles). The Megapixel has several other killer party tricks, including acutely turning wheels which give it a turning radius of just 2.8 meters (9.2 ft), which is small enough to do a U-turn in a narrow street, and an inductive home charging system - park over the induction pad and it charges itself without needing to be plugged in. There's also some very useful automatic sliding double doors. 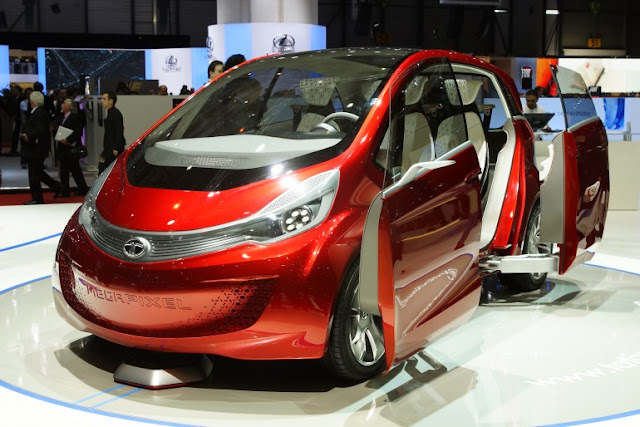 The Megapixel is a good looking little beastie, and was developed by Tata's design centres in India, the UK and Italy. As a global car concept, this is both the company's evolving idea of the ideal city car for global urban environments, and the one you're most likely to see first if you don't live in India.
Tata Motors is India's largest automobile company, with enormous prospects. A few decades from now, India will be a superpower, with the world's largest population having transitioned from bicycles to scooter and now aspiring to drive a car. India's vehicle ownership ratios are currently the same as America's were in 1912 - when the Model T Ford was top seller. 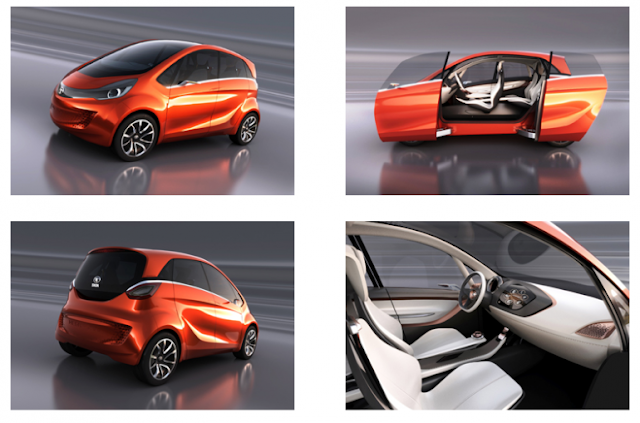 Tata is already huge with consolidated revenues of US$27 billion in 2010-11 and operations in the UK, South Korea, Thailand, Spain and South Africa. Among them is Jaguar Land Rover, the distribution of Fiat cars in India, and the market leader in commercial vehicle sales in India. Indeed, it is already the world's fourth largest truck manufacturer and third largest bus manufacturer. Tata is unquestionably coming to a market near you, so if you think the Megapixel is worthy of consideration, it might yet become available locally.
The Tata Pixel which was shown at Geneva in 2011 had a "Zero Turn" drive system which has been evolved further in the Megapixel. When parking, the four independent electric hub motors drive the wheels in opposite directions, while the front wheels are turned at an acute angle. The unfeasibly small turning circle will enable parking in spaces you wouldn't even consider in a small car - very impressive and very useful!
The at-home induction charging system is another no-brainer. Time-saving and very convenient benefits are heavy motivators. It only takes a minute or so to plug and unplug a plug-in hybrid, but the two minutes a day you save adds up and it's one less of life's chores to tick off the list. 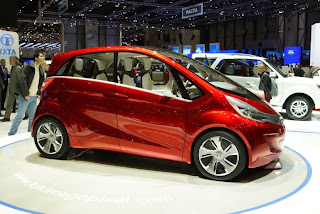 Getting into and out of a small car is also no easy task, and doubly difficult for the taller among us. More accessibility means much easier loading and securing of goods and children and the Megapixel's double-sliding door system and B-pillar-less design is very clever and genuinely useful.
Inside, it's bigger than you'd expect because the battery layout and hub motors maximize interior space. 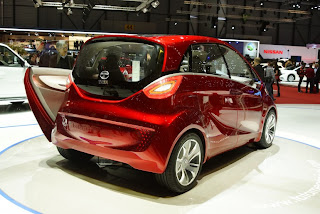 Accordingly, the Megapixel accommodates four adults with luggage.
The front seats are cleverly cantilevered on the central tunnel, releasing floor space underneath the seats for additional storage.
Like every other automotive design house on the planet, Tat's has focused heavily on the human machine interface (HMI). There's a docking point on the console for a smart phone and the interface is based around a large touchscreen in the center of the instrument panel. The touch screen controls all the functions of the car, from climate to driving modes. 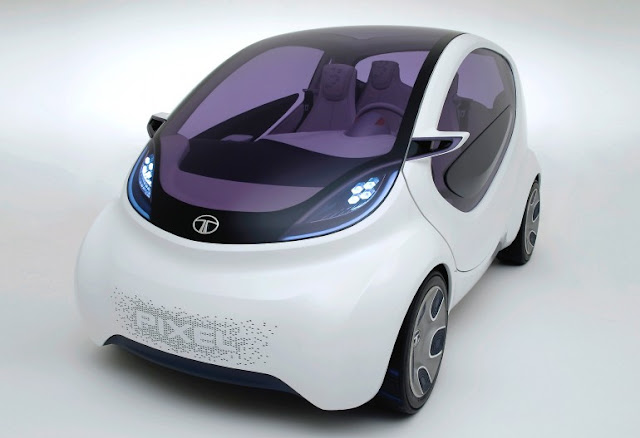